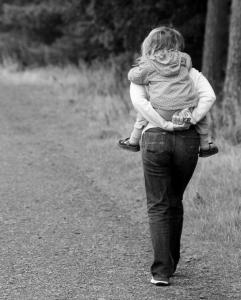 Siblings who I want to be; half-siblings who I hate; a father that I don’t know and never want to meet; and a mother who I sometimes have inappropriate feelings for. No, not my actual family– just my complicated ‘therapy family’.

Many months ago, my therapist and I were talking about names and designations. I think she prefers ‘patient’ to ‘client’ – as she said, ‘client’ has certain connotations, though perhaps the connotations in her own mind were not quite as insalubrious as the ones in mine! Patient, on the other hand, is what one needs to be during the therapy process and is an appropriate (and for me challenging) description of the person sitting in the ‘exposing’ chair.

I am constantly amazed and grateful at my therapist’s calm acceptance of topics that cause me great embarrassment and some shame, whether that’s talk of sex, talk of googling her, or, in this case, talk of how much I wish she could be my mother, and how difficult I sometimes find it to think of her in that way. However, she seemed to think it perfectly acceptable to be regarded as a ‘therapy-mother’ and for me to think of myself as a ‘therapy-daughter’ – and in my mind, at least, that nomenclature has stuck, and has been incredibly ‘safe’ and helpful.

I had a friend at school whose brothers seemed to really have it in for her – they used to drown her homework in the sink and occasionally threatened her with knives. It seems as though they had about as much time and liking for each other as I imagine I might have if I ever came across the multitude(?)/handful(?) of other clients who I grudgingly think of as my half-siblings in this bizarre familial mix. I know that my therapist would claim not to have favourites: but it’s hard enough to maintain that position with one’s own children, and I find it quite difficult to believe that even she (amazing though she is) can achieve that with a disparate group of non-blood ‘relations’, some of whom she surely has more in common with than others. It’s hard not to believe there is a ‘pecking order’ of sorts – I made a comment the other day about how I feared and dreaded the day she might eventually become a grandmother, because it would mean I moved one more rung down the ladder of her affections.

As for my ‘siblings’ in this scenario, her own children: although I’m jealous of the time they get to spend with her, the hugs and the ‘I love you’s that they receive from her -my fantasy is not usually of jealousy (strangely), but of friendship. How would we get on if we met? How much would we have in common? What ‘standards’ does my therapist expect of her children, and do I meet them? Is that the precisely the kind of question that is part of the reason why I’m in therapy in the first place? Yes, probably.

And then there’s that elusive ‘father’ figure….Occasionally I hear him downstairs (or rather the impact he has on his surroundings) when I am in therapy on a weekday evening. Can he hear me and my therapist laughing sometimes, and what does he think? Does he hear what I say as I go down the stairs and say goodbye at the door? Does he wonder about me? I try not to wonder too much about him – there are too many mixed feelings where he’s concerned. I can’t hate him because she loves him; and because he takes care of her (though of course, she can take care of herself – I know that she’s reading, I must be careful what I say…!). But at the same time, he feels like a threat in the way that her children do not. He is the one who has constant access to her; who shares everything with her. Her life, her history, her thoughts, her feelings, her bed – there’s that ‘inappropriate’ pre-oedipal twist that I mentioned.

What a strange, strange world is this therapy-universe that some of us live in. Oh, and I seem to have acquired a trans-atlantic therapy step-father as well – or maybe more of a therapy-uncle. One of those ‘uncles’ who isn’t actually related but for whom one has affection and one thinks of as part of the family. I’ve never met him either, though we’ve chatted online. I’ve acquired him in my mind, rather than in reality – that is, he hasn’t in fact consented to be thought of in this way, but he seems to be almost as level-headed, accepting and pragmatic as my own therapist, and so I’m hoping he will find it all rather amusing and take it as the compliment it’s meant to be. I’m guessing he is recognising himself as he reads – I’m not sure whether I’m enjoying that thought or finding it terrifying. My therapist and I had a lovely discussion about it the other day – I felt guilty and thought she might find this new member of the family an imposition or a threat. Far from it – she thinks that I’ve brought him into our therapy and she jokingly referred to the situation as an ‘oedipal triangle’. She laughed out loud when I admitted that I couldn’t help wondering how the two of them would get on if they met. I think she likes his writing and has a consonance with where he’s coming from, therapeutically speaking, so that’s a good start. If you think this is starting to sound very bizarre, I would completely agree with you…

The words we use to talk about things can shape how we think about them – how do you see yourself in your own therapy relationship? Client, patient, child? Does it change depending on the stage of therapy you’re in at the time? Do certain designations cause more inner conflict than others, and how do you think of the other relationships in your therapist’s life?

6 thoughts on “My therapy family”