Last week, I reblogged a post by ‘Girl in Therapy’, on the subject of how therapists sign off their emails. I prefaced the reblog with a few comments about my own experience, and those comments and ‘Girl in Therapy’s’ original post prompted Dr Stein to write the following excellent post, addressing the question from the therapist’s point of view. I think his perspective is incredibly important in helping patients deal with the inevitable – when one’s therapist ends up saying the upsetting, inadvertently careless, or ‘wrong’ thing – because it shows what the price of trying to avoid that inevitability would be; a therapist who is far more preoccupied with what they should be saying, than with what the patient is saying.

As with many of Dr Stein’s posts, this one generated a number of interesting comments and much helpful discussion. In reply to one of the comments, Dr Stein wrote the following: “A question I did not raise is whether an acceptable closing might also become routine over time and thus, once again, not be satisfying. Perhaps another reader who is in therapy and who identifies with Sirena’s concern might address the question.”

I wanted to take up this challenge and try and address it, at least from my point of view, because I think it’s an important question to raise, and one which throws further light on why this issue of email sign-offs is a difficult one. I don’t know if ‘Girl in Therapy’ would agree with this point of view, but it seems to me that the difficulty with email sign-offs (whether that is ‘Best wishes’, ‘All the best’, ‘Yours’ etc), is not about whether or not they are satisfying – but whether or not they are jarring.

If it were about satisfaction – as with many areas in therapy and in my life in general – I suspect it would be a case of ‘never enough’ and that, as Dr Stein has hinted, what was once ‘satisfying’, would become less so after frequent repetition. And it is fairly obvious even if difficult to accept as a client, I think, that what might ‘feel’, on one level, really satisfying – a very personal, ‘chummy’ or loving sign-off – is not possible when it comes to therapy. And so when I discussed this topic with my therapist, I wasn’t thinking about what I wanted her to write, or what would be satisfying for me read; I was concerned only with what I found it uncomfortable to read, and with trying to avoid that discomfort.

Therefore I think what is more important is what the email sign-off is not – rather than what it is. I don’t think its purpose is necessarily to provoke a positive reaction, but I think it is important that it doesn’t provoke a negative one. A jarring email sign-off is like a session where the therapist has failed to mirror the client, but because of lack of understanding rather than for the therapeutic benefit of providing the client with a different experience to the one they may have been used to.

Email sign-offs can be jarring for different reasons, in different contexts, and the same sign-off can be jarring in one case, and acceptable in another. Speaking personally, I find ‘Best wishes’ jarring if used by my therapist, because it feels much more formal than is warranted by the therapy relationship (which is intimate), but also because it is very much the language of my working world. Equally however, in most contexts I experience the lack of a formal beginning (e.g. Dear X) and the use of only a name or initial to sign-off, as being quite curt and ‘unfriendly’, even though I know that this is a perfectly standard approach used by a large number of people who certainly do not intend their emails to come across in that way. And so I can accept it at work, but I would still find it difficult to feel ‘cared for’ if a close friend sent me emails in that format.

And yet I am perfectly happy for my therapist to sign-off emails by using only her name or initial. I recognise that in the absence of a wide choice of other ‘legitimate’ sign-offs, this is a format which does not feel too formal, and does not feel incompatible with a caring therapeutic relationship.

Coming back to the question of whether repeated use of a particular sign-off would become dissatisfying over time – I think it’s worth bearing in mind that there is much more to an email than the sign-off, and I believe this is another case where the it’s more important to avoid jarring, than to use exactly the ‘right’ words at the end. You can convey particular sympathy and close attention to a distressed client by choosing to sign-off with ‘take care’ at the end of an otherwise brief exchange, rather than the usual ‘see you tomorrow’, for example –but you can equally convey the same sentiment in the body of the email, while leaving the sign-off the same. In such cases I think that it is not that repeated use of the same sign-off becomes dissatisfying, but that it runs the risk of becoming jarring in itself if neither it nor the tone of the substantive email exchange, varies to take account of the where the client is at, emotionally.

I say all of this, of course, from the position of someone whose therapist varies their sign-offs, and so I am trying to imagine myself into a situation where this was not the case! It’s also worth bearing in mind that in the comment threads on ‘Girl in Therapy’s’ post, my own post, and Dr Stein’s, there are clearly those who very much value consistency in their therapists’ email sign-offs, as it is reassuring and eliminates the temptation to try and read anything into variations. I would imagine that for these individuals, the reassurance persists over time, and does not turn to dissatisfaction –but of course, I could be wrong, and would welcome being corrected if so! 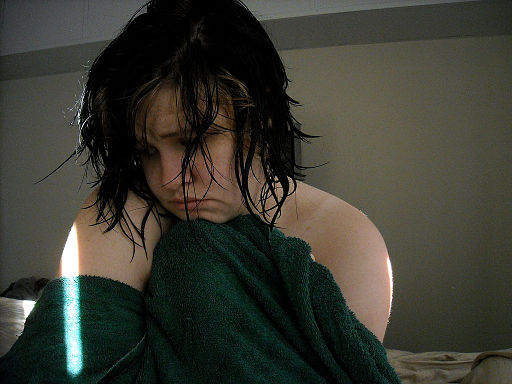 What follows might not be what you want to hear. Therapists don’t talk about it publicly. I hope, however, this gets you thinking about your counselor’s aims, what you might want him to do, and what is reasonable to expect of her or him in the effort to be the best possible healer.

Girl in Therapy recently wrote a post called How Your Therapist Signs Their Emails, reblogged by Life in a Bind with an insightful preface. The gist is captured here:

This thing, let’s call it a pet hate, is email sign-offs. You know the thing people write just before their name? And more specifically, the way my therapist signs off on an email or text.

She “hates” such closings as “kind regards” and “best wishes.” The blogger wants something different from her therapist than the equivalent of “a warmed-up, just vomited fur ball that I’ve stood on in…

4 thoughts on “Why Your Therapist Will Say the Wrong Thing”